Undoubtedly within the top five of PhilsFavouriteBands, and arguably my favourite artist eveh!

See the lyrics to his song : TheAgeOfInformation

How he writes songs these days : http://www.livejournal.com/users/imomus/28702.html

Every Momus album is an artistic failure. But then who else even tries?

There's now a blog which is reviewing every Momus album in depth.

Momus has the killer package of everything that people seem to want from popular music.

And, by his total lack of commercial success, manages to demonstrate that this package in it's entirety is what the public most certainly doesn't want.

Quora Answer : What is your favorite band that no one has heard of?

Momus is the UK's best, and most criminally underrated, singer / songwriter. And has been for 30 years.

He's still going strong after over 20 albums with records that mix music-hall comedy with synth-pop with plundered folk-samples and experimental electronica and always, always have earworm tunes. (Think Serge Gainsbourg collaborating with the Pet Shop Boys remixed by Aphex Twin) His lyrics range from comedy to sexually explicit to poetic to fiendishly intellectual (often at the same time). His wordplay is masterful and he peppers his songs with dozens of references (often weird juxtapositions of pop culture and obscurantism).

It's kind of impossible to do justice to his career with a couple of tunes. But here goes ....

Here's a couple of years ago, in full on Al Bowlby, "chap" mode :

Here's erudite lounge from the 90s :

Here's when he lost his hard-drive :

He's pretty pissed off with mortality : 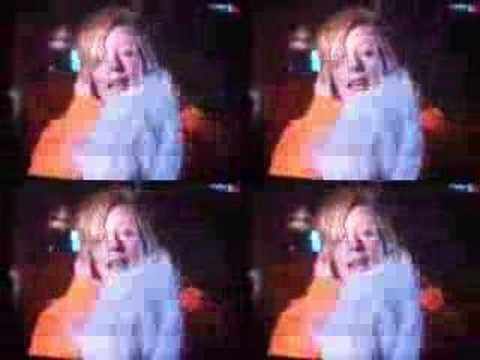 He likes lurve, in a slightly creepy way :

He'll basically do what the fuck he likes, in song :

Quora Answer : What musical artist is the least classifiable into genres, and the most hard to define?

My favourite (and I'd argue, Britain's best) singer / songwriter - Momus - wins this category hands down.

Quora Answer : What is your favorite song about computers?

Momus has some good ones :

The Age of Information (more about the internet (which is a big computer), though somewhat in that 90s naive optimism vein)

AFK (Away from the Keyboard)

Quora Answer : What is your least favourite song by your favourite musician?

Momus always has a dangerous undercurrent of misogyny. But it's usually balanced by wit, deeper empathy or even just some kind of vicious cleverness.

In this utterly charmless and pointless song, though, there's nothing. It's just a mindless ditty with no redeeming features whatsoever. "She's intelligent", sneers Momus, disdainful that this might have any value at all when weighed against the fact that "she's an elephant".

Horrible, horrible low point from one of the greatest "pop-music" / "song-writing" artists ever.

Quora Answer : Aside from "Yesterday" by The Beatles, what other famous songs were there where the composer literally dreamed the melody?

Not exactly in the same league as Yesterday in terms of "fame" though.