This was my first piece exhibited in a gallery, in a collective exhibition entitled "Object Oriented" at Leighton Space, Kentish Town. That brought together artists, philosophers and programmers to share their perspectives on objects. Under the guise of a question about where objects come from, Pot Jockey, explores my growing interest in computer mediated "craft". Pot Jockey was also part of my MA final project.

Pot Jockey starts with what I describe as a "visual pun" between the turntables used by disc jockeys and the wheel as used by potters. There's something quite pointed about this juxtaposition. While I like and admire the DJ's art, the turntable is also the ultimate fashion accessory, the symbol of vacuous wannabe banality. Whereas the potter's wheel, in the hands of, say, Shoji Hamada or Bernard Leach, reeks of humility and spiritual authenticity.

The first was a quote from Marshall McLuhan which hints at a logic of history as a sequence of geometric inventions :

There is a moment of translation or "abstraction" needed to separate the reciprocating movement of hand from the free movement of wheel.

The second was some training I did on the lathe in the London Hackspace. I remembered that at school I had seen the lathe as a quasi-magical piece of equipment, allowing even an incompetent like me to (almost) effortlessly produce something smooth, finished and beautiful.

I repurposed a DJ Controler as a tool for making objects. I had already been interested in the idea of 3D printing for a while and this seemed a good time to explore it. The end result was a work which used the DJ controller to design round "spindle-shaped" objects on the screen, that could then be exported as stereolithography files suitable for a 3D printer. 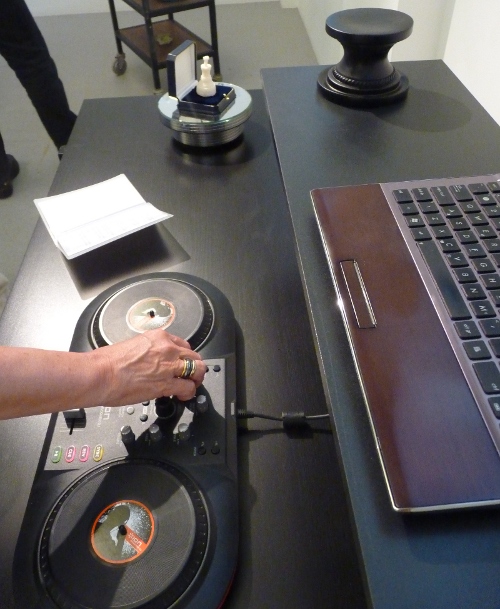 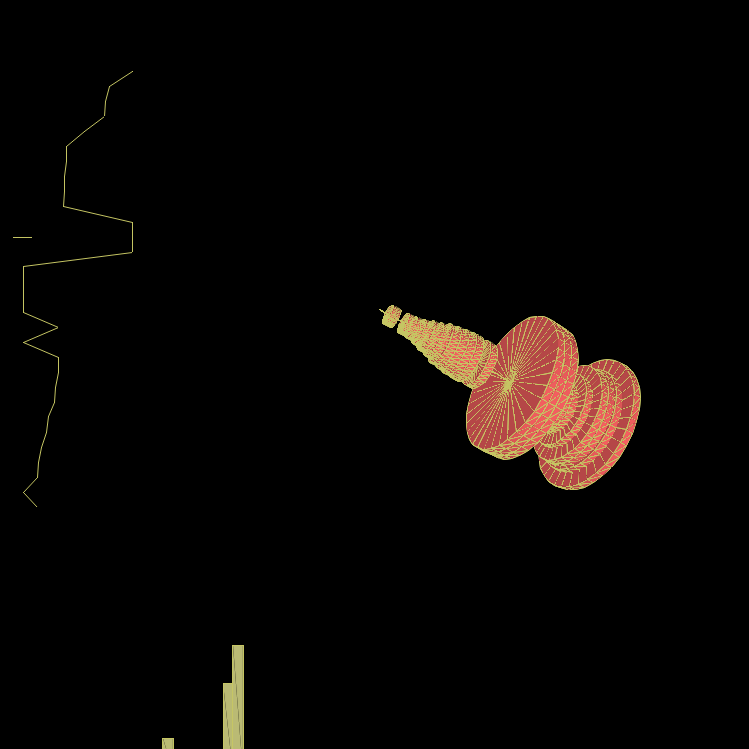 Although inspired by the analogy with pottery, the program actually works more like a lathe cutting a "spindle". The participant uses the turntables to move a virtual "cutting tool" up and down a "profile" (which you can see in the left part of the screenshot). The cross-fader of the DJ controller then cuts into or pulls outwards the diameter of the spindle at that point. Three more knobs on the controller spin the object in 3 dimensions to enable better view. Other knobs control modifying features. We can multiply the number of spindles which appear in a circle, we can pull them closer together (so that they overlap) and stretch their diameter, making the overall object fatter or thinner.