Quora Answer : How do I criticize a philosopher's work?

"Criticising another philosopher's work" is what philosophy is all about.

So the techniques you need to learn to do it are ... er .. philosophy.

You won't be able to engage with this without being a philosopher.

So make sure you're prepared to become that. :-)

Then ... yeah, it's about looking for contradictions, inconsistencies and false premises.

So, sure ... just call that out. In any way that you can communicate those dissatisfactions.

Philosophy is REALLY freeform and open, stylistically. There are no limits on the form or format you use to call out the contradictions. For example, Plato wrote dialogues, like he was writing a play. If you want to write like that, you can.

Or you can write it like Wittgenstein in the Tractatus, as a carefully organized collection of numbered paragraphs.

Or like Kierkegaard you can pretend you just found some letters in an old chest-of-drawers you bought in a junk-shop. Or like Derrida and do it on post-cards. Or write it in a huge, dry academic sounding book ... like lots of philosophers.

Or invent something completely new. Philosophers are totally open to that.

The only constraint is that if you're going to call people out for being inconsistent and using false premises, you better make sure of three things :

your criticism is original. If it's just the SAME criticism that every philosopher learns in their first year at college, no-one's going to be interested.

your criticism is sound. Don't go saying something is a "false premise" just because you don't like it, or "everyone you know" thinks it's wrong. You have to really show / make a case that it's false.

similarly, don't leave a lot inconsistencies or unjustified assumptions in your own writing. Most philosophy that got famous, even when it looks like some crazy, freeform ranting, is pretty tight. Nietzsche may just rant on like a lunatic. But when people unpicked and reformulated what he was saying in such a way they could follow his arguments, those arguments turned out to be hard to deny and quite insightful. That is why he's still respected today.

So why not try it on Quora. Put your criticism in the form of a Quora question. (Not "X is an idiot because Y. Who agrees?" But "What do you think of this argument against X?")

And see how people respond. Yes, we'll attack your argument. Because that's how it works ... you attack X, we counter attack you. But if your attack is good, we'll give it props. And people will resonate with it. If it isn't, at least you'll start to understand some of the flaws can start trying to tighten it up.

Quora Answer : What's so special about philosophers like Kant, Wittgenstein, and Nietzsche?

So one thing is that you just tried to boil the entire philosophy of each of these three people down to a single sentence or so.

And then you proudly point to that sentence and say "well, that's not very profound, is it?" 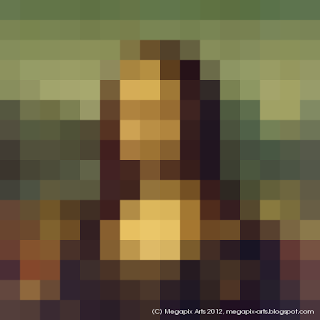 "it's not all that great a painting" either.

Or consider this. Everyone knows that apples fall off trees. Why does everyone make such a fuss of Newton?

Answer ... Newton gave a systematic theory of how apples fall off trees. And showed that its the same principle that makes the stars fly around.

Nietzsche doesn't just assert "everything is meaningless"; he actually says he's NOT a nihilist, and gives you an entire framework to deal with the meaninglessness of things without falling into crude nihilism.

Wittgenstein doesn't just assert that words are problematic. He shows how many problems that you thought were other sorts of problems turn out to be word problems. And that cases where you thought that there couldn't possibly be word problems, there still are. And, ultimately, offers a general model of the slipperiness of words, which intersects almost every other aspect of thought.

Kant says a lot more than "what if everybody did that?". He tackles the deep problem of how we can connect our ideas up to the world as it "really" is and know anything at all about that world. He shows that you can't. But once again, his project isn't nihilism. It's to give you a framework within which to respond to that fact. He suggest how we still can debate and discover some "kind of" universal truth (a "transcendental" one) about the world even with this restriction. He then uses this framework to suggest what moral rules we can know via an understanding of what moral rules actually are.

So, sure ... try to reduce any thinker to a slogan you can fit on a T-shirt, and they'll become banal. That says more about the process of reduction than about the quality of the thinker.

And, of course, in this answer, I've expanded each of your examples to a short paragraph. That still doesn't do justice to any of them. It's like a Mona Lisa that's now 64x64 pixels : 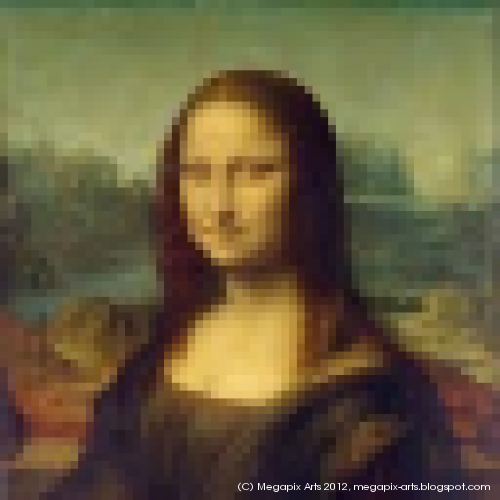 Maybe enough to get more of an idea of what the picture is about. You can see that it's a human figure, and probably a woman. But still nowhere near enough to appreciate the brush-strokes, understand some of the stylistic moves that the artist has made, or to judge how well its executed or how it compares to its contemporaries or fits into the development of painting.