I've always had a soft-spot for Soros, though HilanBensusan assures me he's a hypocrite of the worst order.

See a discussion on MoralityOfMarkets

Hate figure for the FarRight.

More about how the conspiracy theories were concocted https://www.buzzfeednews.com/article/hnsgrassegger/george-soros-conspiracy-finkelstein-birnbaum-orban-netanyahu

TheGuardian has a good essay on what's wrong with his philosophy : https://www.theguardian.com/news/2018/jul/06/the-george-soros-philosophy-and-its-fatal-flaw

Quora Answer : Why is George Soros the target of so many conspiracy theories?

George Soros makes no secret of the fact that he is trying to use his money to change the world. He has a well known and well funded foundation that promotes his political beliefs.

Now, I happen to have a soft-spot for Soros, ever since I discovered he was a hardcore Popperian like me. While my leftist friends have been dismissive, I've always considered him one of the good guys.

I remember when he came to the World Social Forum and was roundly hated on. But at least he came. And wanted to engage.

Most of the "revelations" about what Soros is trying to do, I'm like "Cool! Yeah!"

obviously, if you are an ideological right-winger. Who hates the open society. And hates the liberal values that Soros promotes. Then he's a dangerous enemy.

And because he operates pretty openly, it's easy to point out what he's doing.

So Soros doesn't have a "bad reputation".

He has taken a political stand. And tried to promote the good as he sees it. And his political enemies hate him and try to destroy him : 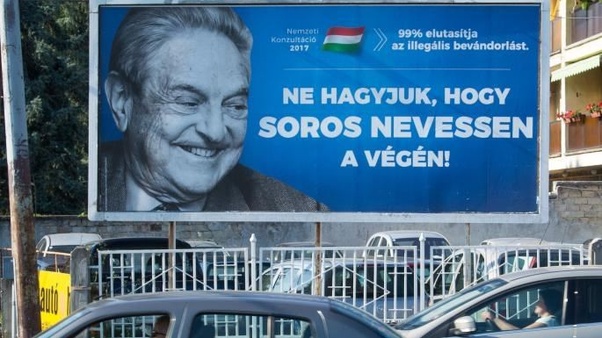 I have profound political differences with Soros. I profoundly disagree that there should be an economic system which allows people like Soros to appear in the first place. We should not have the mechanisms that allow individuals to gain and control this kind of wealth.

But as a person? A human actor? His reputation is still pretty high with me. He's one of the very few mega-rich people (the only one from finance) who has tried to make good use of his fortune.

Quora Answer : How much "left wing" activity is George Soros actually responsible for?

George Soros is a super-wealthy capitalist.

He's not responsible for any "left-wing" activity.

What he is, is a good old fashioned Enlightenment liberal who believes in human freedom, expressed through an "open society" (ie. one where people have rights).

However, right-wing ultra-propertarians are now making common cause with right-wing authoritarian social conservatives. The latter hate freedom and diversity of the kind that liberals defend, and therefore find Enlightenment liberalism too "left-wing" for their tastes.